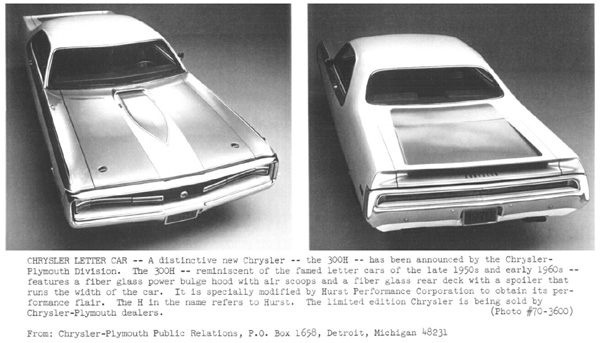 The 300H has been developed in conjunction with Hurst Performance Corporation, which will modify the cars prior to sale. The letter “H” refers to Hurst. The Car is available with a distinctive color scheme — Spinnaker White with Satin Tan Color accents and special striping.

Mechanically, the 300H follows the tradition of its letter series predecessors. The spirited 440 cubic inch TNT engine is the standard powerplant teamed with a TorqueFlite automatic transmission and a 3.23 rear axle.

For more information about the 1970 Chrysler Hurst 300: